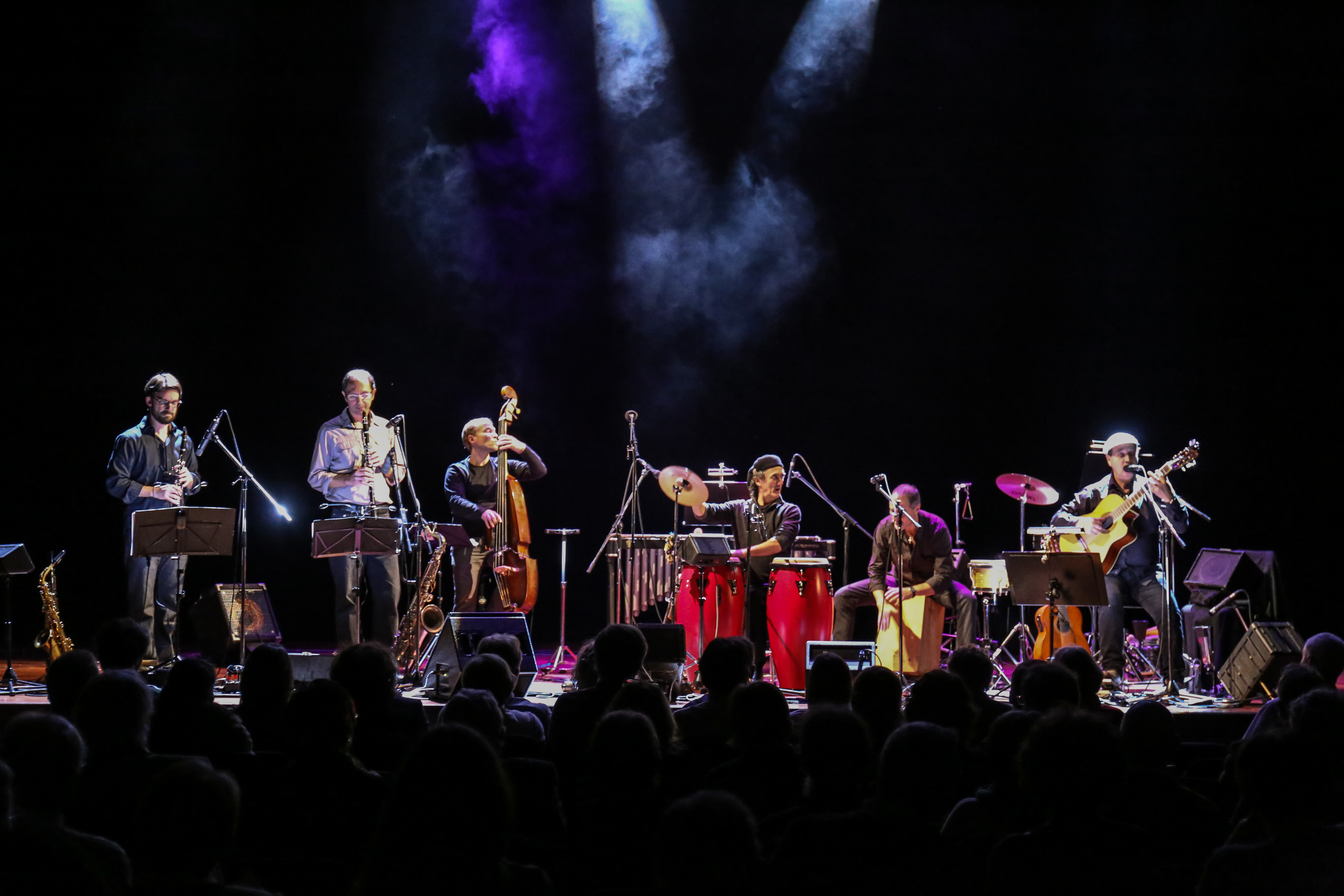 The horizon is limiting and promising at the same time. It changes with each new step. The horizon shows you where you are and tempts you to go on.

This is exactly what the oldest and best-known Latin American band of Germany does after its 40 years of stage experience. It sets out for new shores!

Two singers and multi-instrumentalists form the musical core of the group:

Fernando Dias Costa, who is originally from Portugal and was influenced by Fado and the music of the Carnation Revolution, came to Germany in 1977. Aníbal Civilotti grew up in a tango-loving family in Argentina. Due to the dictatorship, he first fled to the Canares in 1976, where he gained a lot of experience in salsa music. Aníbal vitalises the Afro-Caribbean songs with his many years of experience as a percussionist.

The fusion of the two voices creates the unmistakable, rich vocal sound of the group.

The allrounder Omar Plasencia, percussionist, vibraphonist, and singer from Venezuela; the bass players Branko Arnšek and Philipp-Neuner-Jehle; the saxophonists Harald Schneider; and Andreas Francke give the songs a sense of ease with playful and improvised jazz elements.

Aníbal Civilotti and Omar Plasencia influence the programme with original compositions and arrangements.

Once again, this programme widens the fascinating spectrum of Grupo Sal!