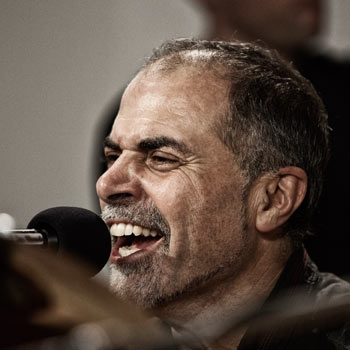 Born 1958 in Nampula/Mosambik, Fernando Dias Costa moved to Portugal with his family in 1960 and grew up in Porto where he took piano lessons from 1970 to 1977. Between 1974 and 1977, he was a member and singer in various Portuguese and Latin American groups. In 1977, he started studying biochemistry at the University of Tübingen. Together with the French guitar virtuouso Vincent  Nativo he founded a duo in 1979. The founding of Grupo Sal followed in 1982 with Roberto Deimel.  Fernando took over the artistic direction of the group and has been managing Grupo Sal as well as in creating, acquiring , planning and realising the complete programme in Europe. At the same time, received a classical singing education with the classical singing professors Kristina Gloge and Yukako Kinoya in Tübingen and Stuttgart. For more than 30 years he has been performing on stage with different formations. All of the Grupo Sal Cds were produced with him as an artistic director.