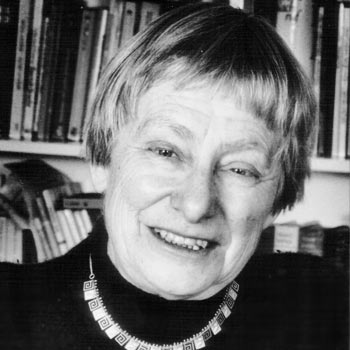 Born in Cologne in 1929, Dorothee Sölle studied philosophy and old languages in Cologne and Freiburg and protestant theology and German philology in Göttingen. Even though she received a doctorate, habilitation, professorship in New York, and an honorary doctorate in Paris, she was never offered a professorship in Germany.

In the late 60s, Dorothee was concerned with topics like the Vietnam War and homelessness. She was also interested in Latin American theology of liberation. She travelled to Nicaragua and El Salvador, where she supported communities as well as resistance movements. Her countless books attest to her Christian faith and belief in feminism, socialism, and pacifism.

Dorothee was married and had four children whilst living in Hamburg towards the end of her life. She spent the last seven years of her life touring with Grupo Sal a lot. She died on 27th April 2003.