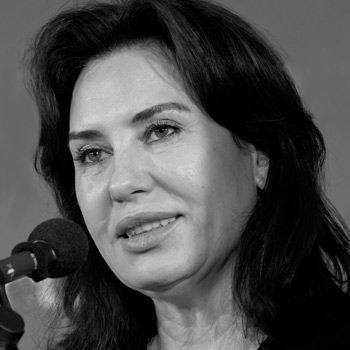 Born in Völkermarkt in Kärnten in 1957, the Austrian actress Brigitte Karner, graduated from Zurich University of the Arts and then started her career in theatre. Later, she became a famous actress in film and television. A matter close to her heart, she also trains the new generation of actors and actresses at the acting school of Elfriede Ott. Together with her students, she develops new ways of theatrical expression. Brigitte is also active at literary recitation events or readings.

For about 30 years, Karner has been married to the actor Peter Simonischek and is the mother of two sons. Besides her professional career, the actress is a supporter of several social and charitable projects. She and her husband perform together in various reading events all over Austria.