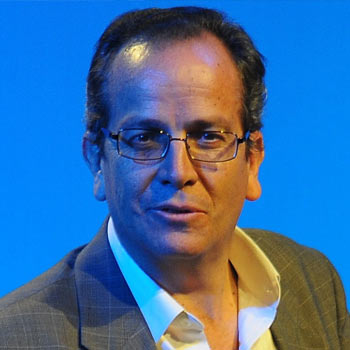 Alberto Acosta was born in Quito in 1948. He spent nearly 10 years in Germany in the 70s and studied Economics with a focus on energy in Cologne.

In the 70s, he was very active in the Ecuadorian embassy in Bonn. Upon returning to Ecuador, he worked for various companies and federal organisations. He also taught at various universities and published a variety of books, magazines, and newspapers. These were mainly concerned with questions of energy politics and development politics. In the past few years, Alberto has focused more on development, underdevelopment, and alternatives to traditional economic models. In the political sphere, he was active as energy and mining minister in 2007. Until 2008, he was the president of the constitutional assembly and in 2014, he was a Presidential candidate.

The concept “Buen Vivir” strives to incorporate indigenous values and ideas into the constitution. Alberto Acosta was a driving force behind this debate. Thanks to him, profound human and ecological changes have found their way into the Ecuadorian constitution. In his book “El Buen Vivir”, he tackles the question of how we can ensure a united and democratic way of living. He dreams of an intercultural, multinational life without the destruction of nature and the exploitation of people. Connected to the core belief of tolerance and diversity, this discussion is linked to the idea of “degrowth”.

Alberto Acosta is mainly known world-wide for his participation in the Yasuní Initiative. It deals with climate protection, the preservation of the rainforest, and various indigenous peoples.

His book “Buen Vivir” is out now.