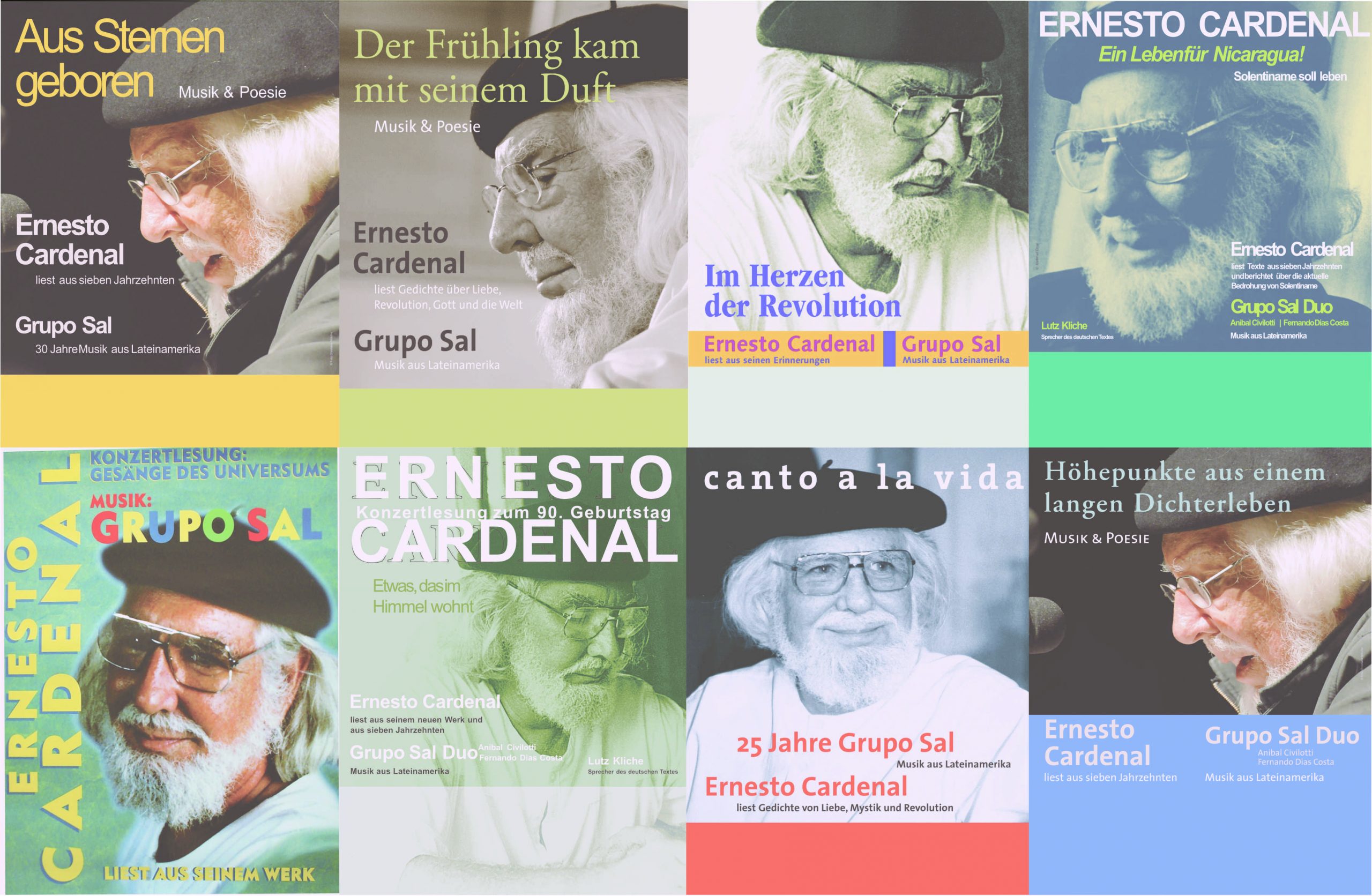 “And after our death, we will help form other stars and other galaxies.
We come from the stars, we return to them. “

Our long-time friend Ernesto Cardenal, poet, priest, revolutionary and mystic from Nicaragua, passed away on March 1st, 2020 in Managua.

He had been fighting for a fairer world for over half a century. As a priest who was not looking for paradise in the hereafter. As a political person who looked at the world as a whole. As a poet whose verses were political.

The base of his thinking was love. It embraces all sorts of creation effortlessly and sensually- from the smallest part to the cosmos. And it ends in responsibility: love always has a political Dimension as well.

We now have to say goodbye to Ernesto Cardenal with a deep connection and gratitude. Grupo Sal had a close friendship and fruitful collaboration with him for over 30 years.

As our Nicaraguan friend Gioconda Belli writes: “More important than mourning his death, let’s celebrate a life like his, consistently and creatively, tirelessly, for 95 years.”

Cardenal was buried in his homeland in the archipelago islands of Solentiname on Saturday, March 07, 2020.